T-Swizzle. T-Dawg. TayTay. Taylor Swift. This pop star has been a busy bee lately in preparation for her new album 1989 (due Oct. 27).

We could talk about about Shake It Off and her feud with Katy Perry. But no.

She likes to re-blog goofball gifs and vines of herself, as well as posting pics of Meredith Swift (her precious cat, who has her own twitter account..that Hannah Spears follows.. which is Britney’s dog.. where is this going?!) 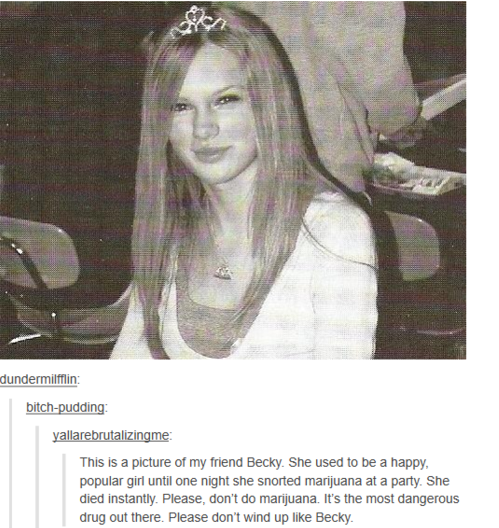 This on going post often brings a lol to the tumblr community, but what’s really great is that BECKY DID NOT DIE! Yes, Taylor got into the joke this week sporting her snazzy top.